Unfortunately I have to break a bad news to you,
that the member of Advisory Board of VISEGRAD FOUR ARCHITECTURAL FOUNDATION

died yesterday, on 4th of December 2017 in Budapest.

His rich testament of his originality of his literary works, his poetry,
and as a producer of his films of contemporary architecture will be always the rich resource of inpiration for us. 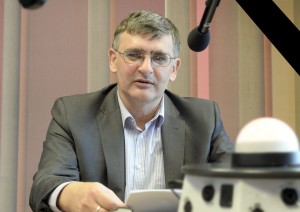